The work of Gerard Herman (1989, Ghent) is difficult to pigeonhole in a single genre or medium. Generally speaking, his everyday life and environment form the point of departure of his graphic work, installations, performances, audio compositions, animated films and radio broadcasts. By using his mother tongue and an indispensable measure of humour, his works appear to offer bite-sized responses to human experiences like failure and success. And yet, they are not definitive: each work is merely an impulse that may generate further meanings.

The title ‘Anger Ram Herd’ is an anagram of Gerard Herman’s name and in that sense accords with his fascination for language and wordplay. Besides texts, the artist also associates music with his own visual language, giving his work a poetic and multi-layered quality. For ‘Anger Ram Herd’, Gerard Herman created almost exclusively new work, tailored to the exhibition rooms at M. The exhibition thus opens a new chapter in an artistic practice that constantly reinvents itself.

in presence of Gerard Herman, combined with a visit to the exhibition 'The Space Age' by ALEKSANDRA MIR

* PRESS FILE: Attached at the bottom of this page 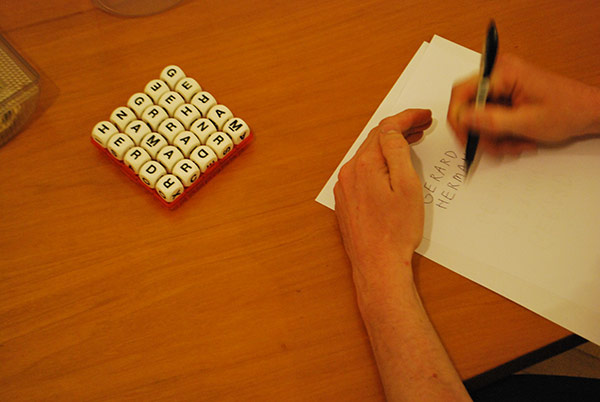