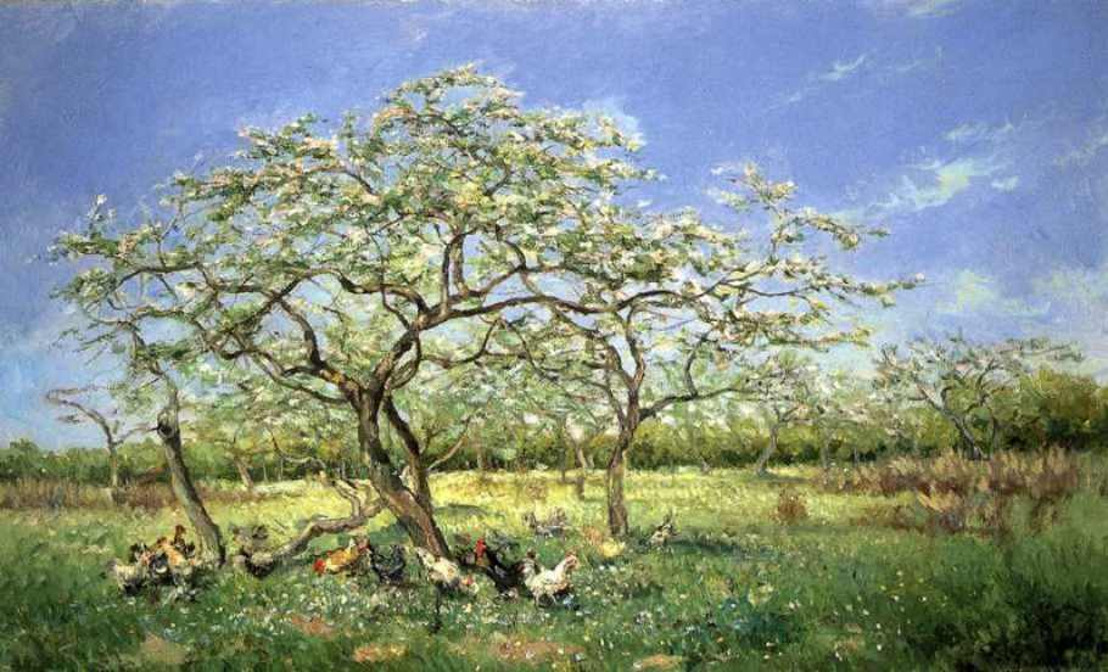 The Tervuren School is to Belgian painting what the Barbizon School is to French painting. Inspired by the landscape painters of Barbizon, Camille Van Camp (1834-1891) met his friend and later leading figure Hippolyte Boulenger (1837-1874) in Tervuren. Along with a number of other painters, they formed an artists’ colony that was to break with tradition. They cast off the yoke of academic painting and decisively chose to paint nature while surrounded by nature. Peter Carpreau, curator: “Coosemans was the first person to start painting. When Hippolyte Boulenger joined him, the movement exploded. He catapulted the school to fame and was the best Belgian landscape painter of his generation.”

Painting in the open air, a revolutionary step

Open air painting was a revolutionary development in the mid-19th century. The practice stated in 1825 in the French village of Barbizon and gradually spread across Europe, even to Tervuren. Plein air was more a method than a movement, however, since the painters in question had varying influences and subjects. The common element they share is that they painted in the open air. Painting outside presented a range on new challenges: wet canvasses, moving objects and changing light. Marjan Debaene, co-curator: “Most of the painters lived in Tervuren and took their palettes and easels into nature. This was only possible because tubes for paint had just been invented. Previously, painters had first made sketches in the open air and then returned to the studio to create the painting itself.”

This exhibition presents work by seven painters of the Tervuren School: Hippolyte Boulenger, Lucien Frank, Isidore Verheyden, Joseph Coosemans, Edouard Huberti, Guillaume Vogels and Alphonse Asselbergs. Together, these artists moved Belgian landscape painting in a new direction: from Romanticism, they evolved towards Impressionism. They gave the painted landscape a profound makeover and decisively opted for a realistic approach, which ultimately resulted in Plein-air painting. What is more, the movement’s most foremost representative Boulenger did not only paint nature as sweet and tender. He was considered a great pioneer thanks to the pervading sense of fear, panic, passion and joy in his paintings. Where the leading light Hippolyte Boulenger stopped, his followers Guillaume Vogels and others pursued this style. Belgian Impressionism consequently evolved to be darker and more dramatic than French Impressionism.

Walk around Tervuren and see the landmarks associated with the Tervuren School. More information is available at the Tervuren Tourist Office.