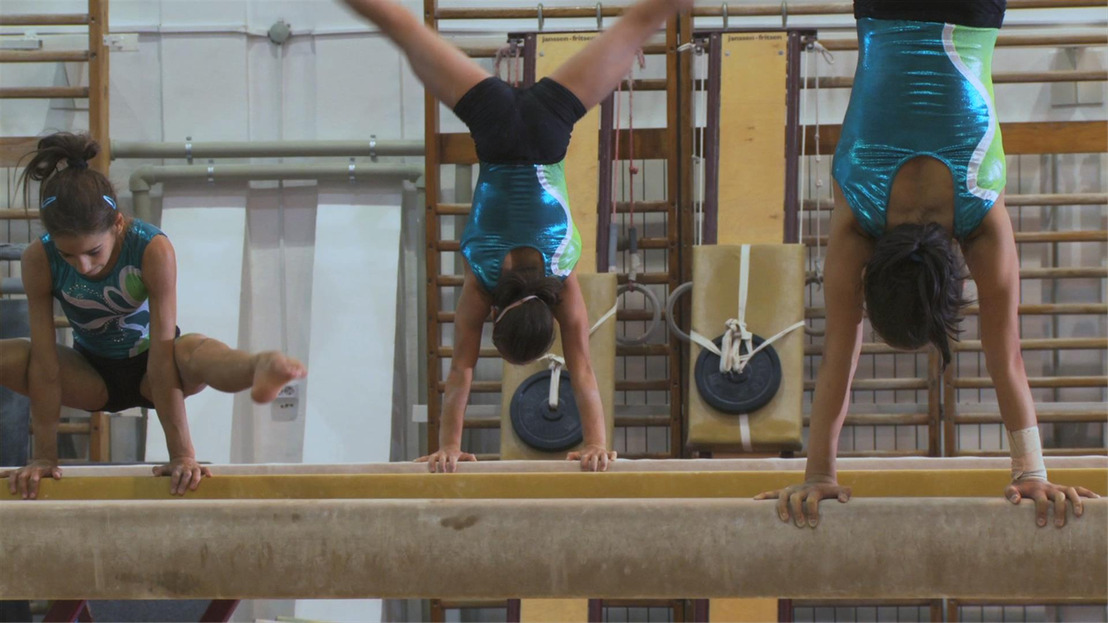 Retrospective (2015) is the artist’s most recent video. Here Tykkä takes an autobiographical approach to examine the link between memories and personal identity. The video shows the artist talking about the various analogue cameras she has used in her life and the pictures she has taken with them.. Only her hands are in view as she opens the cameras and tests them. In-between these images we are shown clips on 8mm-film of landscapes in Patagonia and Tierra del Fuego where she travelled in her youth. The combination of voice-over and different images generates new meanings.
Though on the face of it the video would appear to be a technical description of various types of camera, it is in fact very personal: the first camera belonging to her parents, the camera she bought from her teacher, her favourite camera which allowed her to take the most personal self-portraits, etc. The cameras become characters and thus a testimony to the artist’s career.  Tykkä juxtaposes this video with the black and white photograph Torso I. Like Retrospective this is a self-portrait. The intimate reproduction of a self-portrait contrasts with the life-size format of the photograph.

Tykkä made this film at two boarding schools famous for training young, world-class gymnasts in the Romanian cities of Onetsi and Deva. The film shows them training, the empty gymnasiums and in-between we hear snatches of interviews with the pupils. Images of the same locations in the 1970s underline the importance of this sport for the country’s identity. Tykkä sees the success of the Romanian world-class gymnasts as a legacy of the Communist regime. The gold medals won by its gymnasts at the Olympic Games in 1976, 1980 and 1984 made the country famous all over the world. Tykkä believes that the discipline of the gymnasts and the beauty and purity of their movements are a reflection of the ideals of that era.

Tykkä plays with the power of the gaze, with looking and being looked at and with the contrast between inside and out. A girl observes a young man deep in concentration in his sitting room as he performs with a lasso. The girl is transfixed by his masterly control of the rope. The young man is so caught up in what he is doing that he doesn’t notice her. The girl is so enraptured by the repetitive circular movements of the lasso that she, too, loses herself in the moment. The film is dreamy and intense and the accompanying music adds to that feeling. The music for Lasso was originally composed for Once Upon a Time in the West by the famous film composer Ennio Morricone. The music heightens the intensity of the scene and, aided by the lasso associations, calls to mind the old Westerns.

Salla Tykkä (1973, Helsinki) has been engaged in photography, film and video since 1996. She studied at the Academy of Fine Arts in Helsinki where she gained her Master of Fine Arts diploma. Salla Tykkä achieved international fame with Lasso at the Venice Biennale in 2001. She has since shown her work internationally both in group and solo exhibitions. In Belgium she had a show at the S.M.A.K. museum in Ghent.