Coxcie is now a relatively little-known name. Sixteenth-century Netherlandish art is now primarily associated with Pieter Brueghel the Elder. Artistic life in the Low Countries was far richer and more varied, however. The retrospective exhibition Michiel Coxcie. The Flemish Raphael is thus highlighting a neglected aspect of Flemish art. Scientific research in the run-up to the exhibition has shed new light not only on the artist’s inventive oeuvre and artistic skill, but also displays Coxcie’s enormous influence on the Renaissance in the Low Countries.

Coxcie was born in about 1499, probably in Mechelen. He was trained at the studio of the Brussels-based painter Bernard van Orley. Afterwards, he spent some ten years in Rome studying classical antiquity and the art of great Renaissance masters like Raphael, Michelangelo and Da Vinci. Upon his return home, he introduced stylistic elements from the Italian Renaissance: a veritable artistic revolution of painting in the Low Countries! He designed altarpieces, stained-glass windows and tapestries for important clients in Brussels, Antwerp and Mechelen. He soon became one of the favourite painters of the Habsburg court.

Coxcie’s contemporaries were inspired by his innovative style and compositions and even after his dead artists continued to admire his oeuvre. Peter Paul Rubens was one of those inspired by Coxcie. With an exceptionally long life that started at the end of the fifteenth century and ended on the threshold of the seventeenth, Michiel Coxcie forms a special artistic link between the Flemish Primitives and the Baroque period.

M - Museum Leuven is honouring Coxcie with the very first retrospective exhibition devoted to this talented, versatile master. In addition to important paintings by Coxcie from its own collection, M is also showing many loans from major international collections (including the Prado in Madrid, the British Museum in London, the Staatliches Museen in Berlin, and the Rijksmuseum in Amsterdam). A number of works are returning to Belgium for the first time especially for this occasion. Portions of his famous copy of Van Eyck’s Ghent Altarpiece will be brought together from several European  collections. 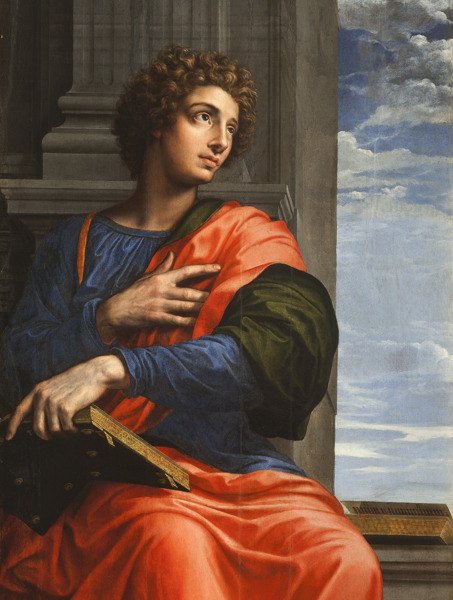