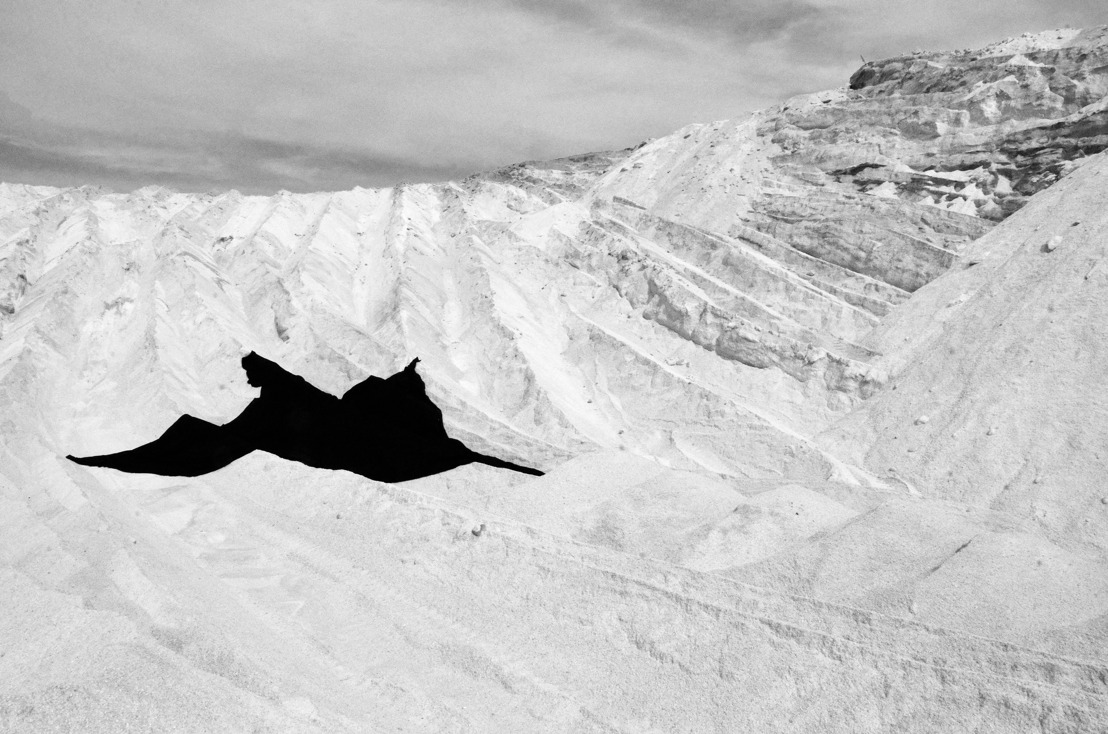 Kiluanji Kia Henda (1979, Luanda, Angola) explores issues of today’s society in a unique and engaging manner, encouraging critical thinking. His work encompasses a wide range of themes such as politics, identity and the complex relationship between Africa and the West, often evoked in a poetic or satirical manner. The artist mostly uses photography, video and installation, all of which are present in this first Belgian solo exhibition.

Power
Having grown up in Angola during the civil war following the independence, Kia Henda’s art is grounded in the history of his country. It is also the outcome of a worldwide journey, as foreign influences have been shaping Angola for centuries, from Portuguese colonisation to today’s Chinese-built cities. This global aspect pervades the artist’s work, exposing the power dynamics between countries and continents, including the various tools used to assert supremacy.

Humour and irony
While he started out as a self-taught street photographer, Kia Henda outgrew his initial documentary approach and developed increasingly universal storylines. Subverting history and interweaving elements of fiction into fact gave rise to new creative possibilities, displaying humour and irony. This is how the artist came to found an imaginary organisation called O.R.G.A.S.M. (Organisation of African States for Mellowness, 2011-2013) and present photographic evidence of an Angolan space mission to the sun that never took place (Icarus 13, 2008).

Contemporary themes, timeless dimension
At M, the artist shows both recent and earlier work in two galleries. While the art on display takes on very different forms, the works share a startling quality, prompting us to interrogate what we see and look beyond appearances. The political undertone becomes manifest when we begin to perceive contemporary themes: migration, exclusion and the relationship between nature and culture. As geopolitical references are rendered suggestive and forms tend towards abstraction, the questions raised by Kiluanji Kia Henda acquire a universal, timeless dimension.

More information about the works separately is included in the attachment below:

Kiluanji Kia Henda (°1979, Luanda, Angola) lives and works in Luanda and Lisbon. Recent solo shows include Something Happened on the Way to Heaven at MAN in Nuoro (2020), Concreto Blues at Jahmek Contemporary Art in Luanda (2019), A Ilha de Vénus at HANGAR – Centro de Investigação Artística in Lisbon (2018), A City Called Mirage at the International Studio and Curatorial Program (ISCP) in New York (2017), In the Days of a Dark Safari at Galeria Filomena Soares in Lisbon, Goodman Gallery in Cape Town (2017) and Self-Portrait As A White Man at Galleria Fonti in Naples (2010).

In 2017, Kia Henda received the Frieze Artist Award. He presented his work The Fortress in the Somerset House courtyard (London) in 2019. The artist won Angola’s National Culture and Arts Award in 2012. His work can be found in many public and private collections, including Tate Modern (London), the Museum of Modern Art (Warsaw), FRAC Grand Large – Hauts-de-France (Dunkerque) and Pérez Art Museum (Miami).

During this opening Kiluanji Kia Henda will give an artist talk (English). This talk is part of the Let's Talk Leuven programme. We advise you to book via mleuven.be/en/talk-kiluanji

Film screenings
In collaboration with Afrika Filmfestival, M hosts three film screenings, preceded by an introduction and followed by a discussion led by a guest speaker.