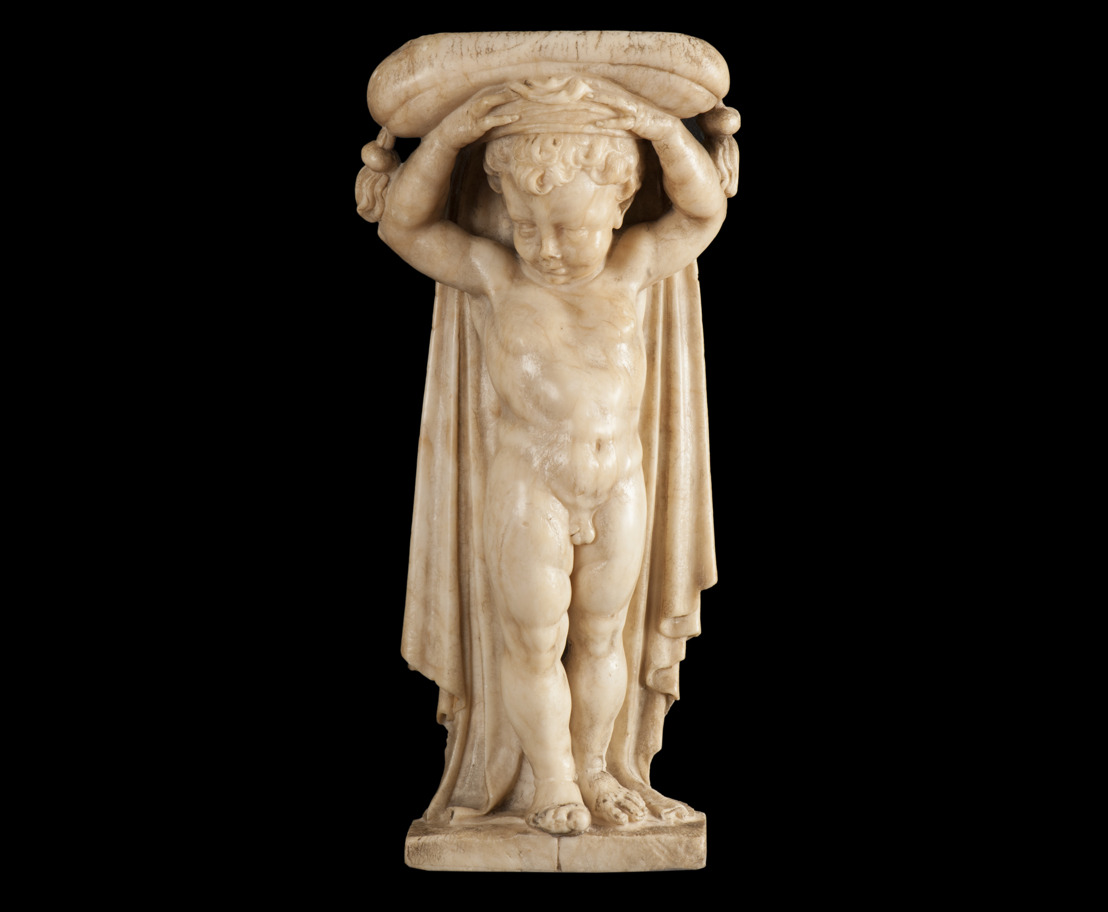 The discovery of the lost putto is no coincidence. M actively prospects at art fairs with the aim to further enrich the city’s art collection. The newly acquired piece is an extremely valuable addition to the collection, as Peter Carpreau, conservator and head of old masters explains: “M boasts an internationally renowned collection of medieval and Renaissance sculpture. The acquisition of this work by Cornelis Floris II de Vriendt, one of the leading sculptors of the 16th-century Low Countries, fits our collection policy and profile perfectly". In addition to the fact that this is a beautiful alabaster sculpture of outstanding quality, the rich history and historical value of this lost masterpiece make it an invaluable addition to M and the City of Leuven. Chair of the museum Denise Vandevoort is therefore overjoyed that the little statue is coming home: “Four years ago, M and the City of Leuven invested in skills development with respect to medieval sculpture. This acquisition confirms that our strategic positioning is paying off and that were able to identify this Leuven-made work and bring it home to our city”.

The dealer who was selling the artwork attributed the putto to the Flemish School and dated it to the 16th century. According to the staff at M, however, this is specifically one of the two putti that decorated the Sacrament tower in the Celestine Monastery in Heverlee from 1560. The statues remained side by side for almost two and a half centuries, until large parts of the monastery, including the Sacrament tower, were destroyed and plundered in 1796. The culprits were ‘Red Max and his gang’, a group of Leuven revolutionaries. As a result of the ransacking of the monastery, one of the two putti was lost. Only a small fraction of the priceless artworks in the monastery could be saved, including the other putto.

Two peas in a pod

According to Head of Collections Marjan Debaene, there is no doubt that both putti were part of the same ensemble: “There are striking similarities between the putto that is kept at M and the one that was found at the art fair. The design of the pillow, the draping of the cloth, and the anatomy of the bodies are almost identical. At 42 cm, moreover, the statues are exactly the same size. The characteristic fixing points of the putti are likewise the same, which confirms the supposition that they are indeed from the same ensemble”.

Work by a Brabantine master sculptor

Both putti are the work of the Antwerp artist Cornelis Floris II de Vriendt (1513-1575), one of the leading Renaissance sculptors of his time. He was an extremely versatile artist, who not only sculpted but also worked as an architect and designer. Throughout his career, Cornelis Floris II (literally) built an impressive oeuvre, the highpoint of which was his design for Antwerp Town Hall in 1560. Along with architect and sculptor  Pieter Coecke van Aelst, he elaborated the Flemish Renaissance visual form, which is often referred to as the ‘floris style’.