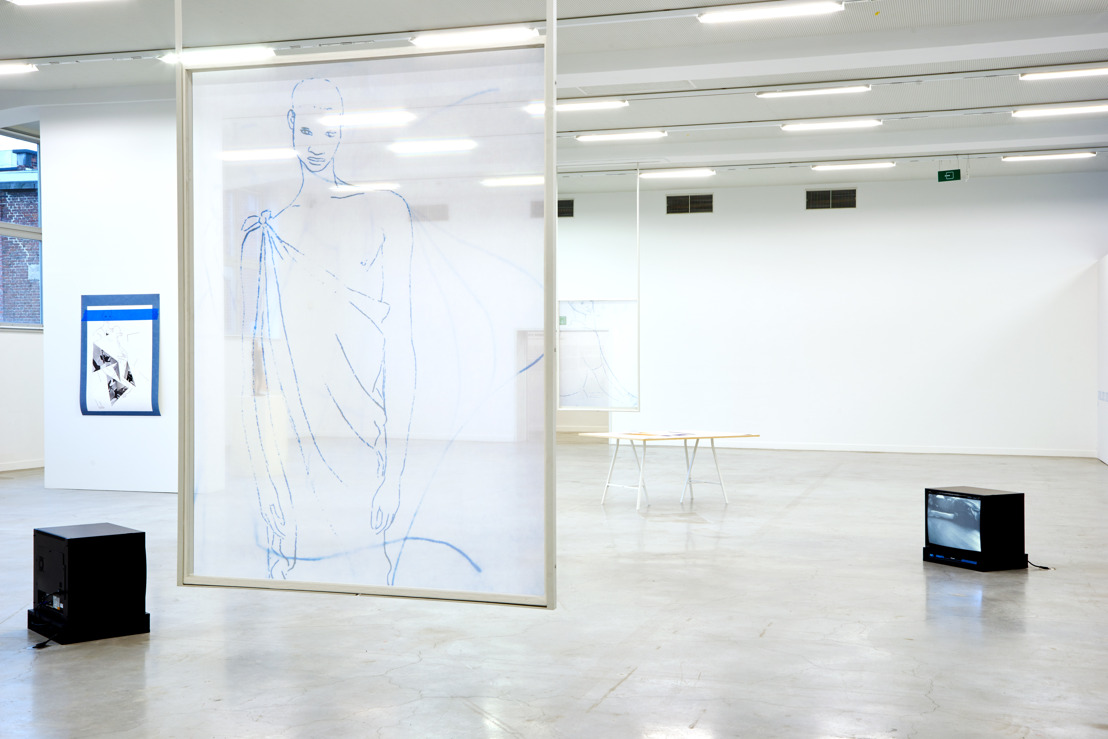 Each of Jimmy Robert’s works are autonomous and independent, but they were also used as props in the performance that took place exclusively on the opening evening of the exhibition. He considers the exhibition and performance to be complementary. Jimmy Robert: “The sculptures and objects demand interaction and the performance can also be considered as a kind of stylized tour that suggest a certain interpretation of the works.”

Jimmy Robert’s works are often based on existing artworks, to which he adds new layers of meaning. For this exhibition, he has used the work of the Romanian-Belgian artist Idel Ianchelevici (1909-1994), the Belgian Lili Dujourie (1941) and the Dutch conceptual artist Stanley Brouwn (1935). He was also inspired by quotes from fashion magazines published in the seventies, such as Vogue, which refer to lines, movement and the body. The exhibition blends texts, images and sculpture. This has formed the foundation of Robert’s artistic practice for some time.

Every autumn, on the occasion of the Playground Festival, M presents work by upcoming artists whose visual work converges with performance. Playground is a collaboration between M and STUK. Jimmy Robert took part in the festival with the première of his performance A clean line that starts from the shoulder. He also invited two other artists to the festival: Maria Hassabi and Julian Weber.