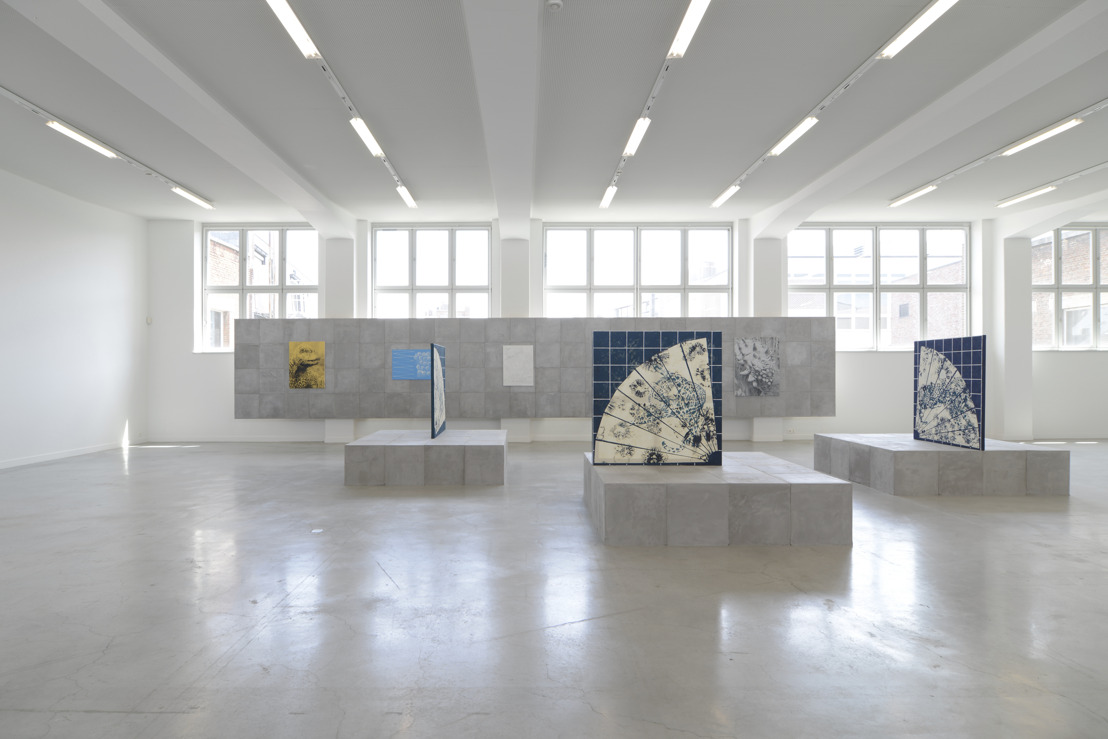 Michael Van den Abeele’s abstract paintings experiment with style, colour, form and materials. Add optical illusion to this mix and the result is absolute freedom in art. The combination of obscure layers of paint and complex content explains the title, Opacity, please. For this exhibition, he has specially created a setting of concrete walls and plinths along with a space opera and new paintings.

In his series Dinosaur (2014), Van Den Abeele depicts the cultural construction of prehistoric animals. The artist was inspired by the first concrete sculptures of dinosaurs at Crystal Palace Park (1854) in London. Nevertheless, he intuits that there is something wrong with these statues. The accurate representation of the dinosaurs runs counter to the art historical developments of that period because from about 1850, artists started to explore abstraction.

Three jaguar-themed jeans canvasses are prominently displayed on plinths in the museum room. These paintings are part of the series I’m a fan (2015) and refer to existing artworks. For example, one of the jaguars is based on a painting by Malcolm Morley and he was also inspired by the exoticism of ‘Le Douanier’ Rousseau. His paintings were based on the botanical gardens in Paris without him ever having set foot in the jungle.

Untitled (2014) is a series of intuitive A4 ink drawings in black and white. When he enlarges the sketches to the size of paintings, the black and white areas change. A black figure on a white sheet suddenly changes to a white figure on a coloured background. Through this interplay of the fore- and background Van den Abeele explores dimensions in image formation.

How does Michael Van den Abeele conceive of utopian society? A shower scene, a meteor landscape and an ecstatic crowd of people crowned with eight identical heads as a frieze will certainly give you an initial idea. The artist paints this scene with white oil paint on a seven-metre-long jeans canvas. The title Colony (2015) refers to both state subsidizes holiday homes and a settlement in outer space.

In the space opera A small talent for war (2015), Van den Abeele reveals his versatile talents. In a triangular sculpture of five lamps that rhythmically turn on and off, the artist shows us that he is a narrator. The protagonist emigrates to Mars and sells weapons to the planet’s indigenous population. His human limitations lead him to realise that life is not much better there than on earth itself. A tremendous science fiction story.

Since 2003, Van den Abeele has been a member of the Brussels Etablissement d’en face. He has previously exhibited at Ibid Projects in London, Maison Grégoire and Wiels in Brussels and REDCAT in Los Angeles. M is displaying all his creations until 25 October 2015.