Sculptor and painter Constantin Meunier (1831-1905) made his artistic breakthrough quite late in his career, when he started making images of mineworkers and industrial labourers. Meunier’s increasing fame late in life largely coincided with the period in which he lived in Leuven. In 1887, he became an art teacher at the Academy here, and he and his family only moved back to Brussels in 1894. This Leuven period marked the beginning of a new chapter in Meunier’s career. He returned to sculpture and these were extremely productive years. Thanks to the fact that for the first time in his life he had no financial concerns, he was able to devote himself completely to his artistic practice.

Meunier created many of his masterpieces during his time in Leuven, yet for many years it remained a relatively unknown period of his career. Was Leuven no more than a place of residence for Meunier where he could quietly work in the seclusion of his studio, or was he also influenced by the town’s artistic and cultural heritage? This exhibition focuses on this little-known period of Meunier’s life. It presents his works, sources of inspiration, influences and a posthumous museum project.

Exhibition in collaboration with KMSKB.

From 20.09.2014 until 11.01.2015, you can visit the first retrospective exhibition on Constantin Meunier  at the KMSKB in Brussels. More information is available on www.expo-meunier.be 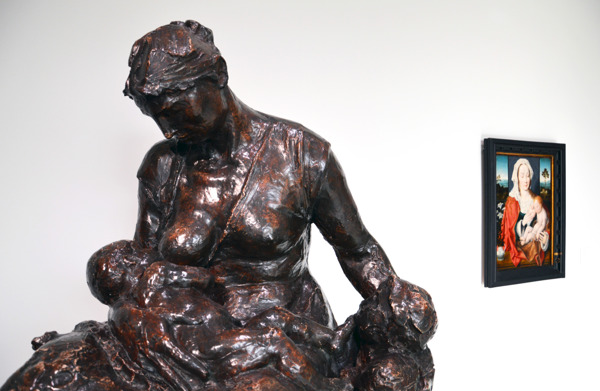